How a contractor went the extra mile for tenants 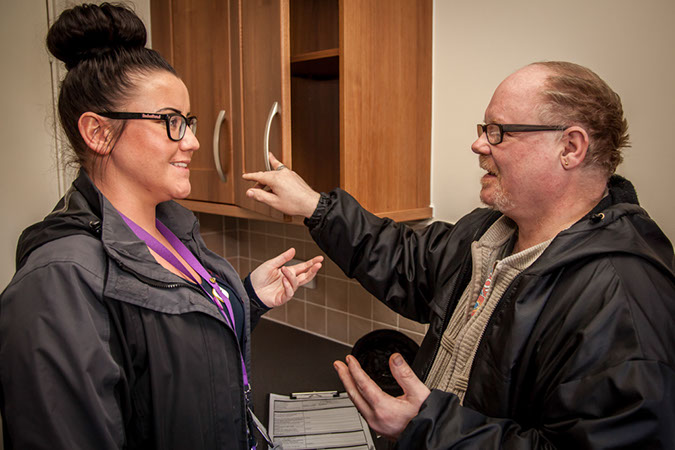 Sovini Property Services is a maintenance and construction company providing maintenance, construction and new development services for the Sovini Group organisations and also to clients outside of the Group.

They put themselves forward for re-accreditation in 2015 to assess themselves against the stringent Tpas Contractor accreditation in resident involvement again. As the assessor, I identified some fantastic improvements and positive working practices across the organisation and was most impressed with the front line staff approach to working in tenants homes, getting repairs fixed first time and to picking up any other repairs when they were out on the job.

There was a real understanding from SPS staff that ‘these were people’s homes they were going into’ and there was a real empathy and understanding of peoples situations and circumstances thus leading to improved satisfaction levels with repairs, increase in repairs being fixed first time leading to better value for money and efficiency savings which were then ploughed back into the Sovini group. SPS staff also ensured that the ‘landlord staff’ understood their roles and responsibilities by putting themselves forward as ‘ambassadors’ for SPS and attending staff meetings.

They were also very involved with tenants through the service improvement groups and were there to talk through any issues and concerns as they were raised.  The model in which SPS works within the Sovini group ensures that all savings go back into the group to be utilised to improve services. SPS staff volunteer regularly at wider community events and sponsor the Liverpool pride annual event. By being involved in these events ensures that staff have a greater understanding of the wider communities in which they work but also shows that SPS is a company that is committed to Engagement and Involvement in all aspects of its role. SPS regularly volunteer within Schools as part of the Handy skills project  this takes place at the beginning of every month and teaches younger people about plumbing, electrical and basic skills – any young person who shines within this process can be asked to put themselves forward on the apprentices pathways.

They can also be asked to come into the organisation on an extensive work placement. SPS staff loved being involved in this project as they saw it as ‘ giving the younger people opportunities that they might not have had access to’

Further more Volunteers from the SPS workforce working with other Sovini staff give up their time on Christmas day to serve dinner to those people who have no other family or will be on their own – this opportunity again was really valued by the staff which they identified as having longer term implications in gaining wider understanding of the communities they work in on a daily basis.

Not only was SPS delivering on excellent performance in satisfaction with repairs but could also identify value for money and efficiency savings from the work they did.

Sovini Property Services are a brilliant example of how contractors can apply our national standards to improve their services and demonstrate their commitment to involvement.

Take a look at our contractor accrediation